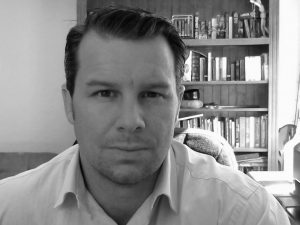 I’ve lived on the Central Coast my whole life. When I finished high school I enrolled in university and began a law degree. One year out from graduation I decided to get some life experience and joined the NSW Police Force. I did two years on the beat and then shuffled across to the prosecutions branch.

It was my time in the police prosecutors where I really learned my craft and fell in love with advocacy. There is no more challenging or rewarding job. I worked in most of the courts in the state at one time or another. As far west as the South Australian Border, as far south as the Murray River and as far north as Coffs Harbour, appearing in all manner of cases.

After 13 years in the police it was time to move one. A quick stint at Legal Aid saw me in the District Court running serious sentence matters, severity appeals and all grounds appeals. I successfully defended many clients at hearings and appeared in numerous sentence matters each week. It was a valuable learning experience that built on the skills I had developed as a prosecutor.

If you find yourself in a bind with a legal problem give me a call so that we can talk about it.